Remember: The Force Will Be With You, Always. 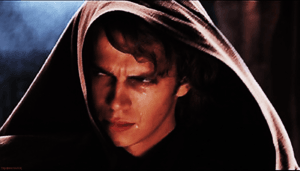 Now. I had to write this article. It has been getting into shape within my mind, not the contents, but just the picture at the start, and just the title. The rest is energy that is asking to be let into this world. And now is the time.

The Force.. Jedi.. The Dark Side.. The epic story that I had once thought to be divinely inspired. Well, perhaps it is, but George Lucas has reportedly worked on the script a lot and it has evolved much throughout the years as the films were being released. Divinely inspired in my mind was like something just flows through you and it is done. But still, I am willing to accept George Lucas’s iterative work with Star Wars as something that has a magical quality within it, the nature of which even Lucas was not fully aware of while he was developing it.

Now.. we had Alec Guinness as Obi-Wan Kenobi. And he has one line that wraps the magic of Star Wars in itself: “Remember: The Force Will Be With You, Always.”

The Force.. When I was a child, I was enchanted by the story of Star Wars.. In a galaxy far far away… The town in Tatooine in the first movie bustling with so many different critters.. intelligent ETs.. The story of Luke Skywalker magically unfolding.. guided by Obi-Wan Kenobi into a thrilling adventure..

And in the later years.. the story of Anakin Skywalker also deeply affected me.. Somehow, something happened, and his wonderful life went into a huge downward uncontrollable spiral. He turned to the Dark Side in Star Wars terms.

But what is the Dark Side? Why do we really suffer in this world?

Sometimes I go into an emotional downward spiral like Anakin Skywalker. Just like the picture at the start of this page.. a deep inner suffering reveals itself in my experience. And just as Anakin went into an uncontrollable rampage.. my ego starts to play itself out to drown this suffering, to escape from this suffering.

In my later years, I have been cultivating meditativeness, meaning, as a trend, I have been keeping my attention on my heart, and living from there more and more. But within this trend of increasing meditativeness, there are times when I am not keeping myself centered. And if my uncenteredness continues, these times become ripe, an inner suffering emerges and starts to increase, and I just feel like the crying Anakin. And yes, in the background there are volcanoes and fires raging. And my inner youngling, my inner child is suffering.

What is reality anyway? It is our current experience. Our experience in the present moment. That is all we will know as reality. And this reality.. it will seem very real to us. And when we are falling to the Dark Side, joy gradually retreats from our experience and a suffering, a craving which we try to mask by our desirous behaviours becomes our reality.

This is the experience of the Sith. A Sith craves for the Love within that he has neglected to focus upon and consecutively has fallen into the illusion that it is elsewhere within the created Universe. A Sith has forgotten that he is one with the Force and hence tries to control it, tries to obtain more and more of it from outside himself. Ultimately, he tries to control the entire universe (or as much of it as he can), tries to own it, because in his feeling of separation, this seems to be the only way to feel complete.

How does one get out of this experience of the Dark Side?

Understand why you have fallen into it and start focusing inward into the Love within. The brilliance of Star Wars is, through the word Force, it has pointed to Love. The Force in a galaxy far far away is Love here in our galaxy. Well.. George Lucas did his best .. he is not Jesus so we must forgive him for not making it clear enough 🙂

Joking aside.. I feel somehow the universe has moved George Lucas and the actors into teaching us more about Love through the mystical vocabulary and magical screenplay of Star Wars. I am pretty sure that the creators were not fully aware that they were serving this purpose. Look at here 🙂 I highly doubt that in these following videos Alec Guinness fully believes that the Force flows through us 🙂

There was another quote again in Star Wars: A New Hope in which he said, “Remember, a Jedi can feel the Force flowing through him.” I sense that he is not fully into what he is saying 🙂 I realized this later when I read that Alec Guinness found the script of Star Wars fairy-tale like but something that could perhaps be interesting: (following is a quote from one of his letters)

“I have been offered a movie (20th Cent. Fox) which I may accept, if they come up with proper money. London and N. Africa, starting in mid-March. Science fiction – which gives me pause – but is to be directed by Paul [sic] Lucas who did “American Graffiti, which makes me feel I should. Big part. Fairy-tale rubbish but could be interesting perhaps.”

Check out the video that contains the line about feeling the Force in the beginning. Do you think he fully believes what he says?

Now.. I am not writing this article to make you watch Star Wars videos 🙂 Or even the whole series for that matter 🙂

Now read this and follow me and see how all of this magically gets together to explain it all:

“Remember: The Force Will Be With You, Always.” Obi-Wan had said.

And he had said, “Remember, a Jedi can feel the Force flowing through him.”

So combine these two teachings from Obi-Wan:

Anakin Skywalker cries because he can feel that the goals he has been achieving do not give him what he seeks. Yet he cannot stop because he does not know how to stop yet. Only when Luke, his son shows him by sacrificing himself to the Emperor’s wrath that he can remember.

He did not fall to the Dark Side when he obeyed the Emperor and called him Master. He had fallen to the Dark Side when he believed that he would not be able to feel Love when Padme is gone. And when he acted on this belief, it led to him to the decision that saving Padme was more important than everything else in the Universe, and when Padme was lost.. he was left with his inner void.. the perception that he has not Love within himself now that Padme is gone.

Luke, his son, reminded him that surviving is not as important as Love. He was willing to sacrifice his life for his father and not giving in to hate. Anakin was shown his lesson and he understood that Love is greater than the survival of loved ones, or his survival. So, he sacrificed himself too, by attempting to kill the Emperor.

To come back from the Dark Side.. first suspend the disbelief that Love is not within you by finding the already existing Love within yourself. You only need to suspend your disbelief and focus inward with the intention to experience this Love. It is there, and you will be able to find it. And keep focusing on it, and your reality will begin to change as the Dark Side in you starts to get enlightened. Keep focusing on this Love and stay aware. Much will begin to get revealed, and you will begin to experience your Oneness with the Force.

Luke showed Love to Anakin, he had been showing it for so long, but it was Anakin who made the decision to become aware of this Love and turn back. So let this article be an inspiration for you to find the Love within you.

“Remember: The Force Will Be With You, Always.”

And lets go beyond this and become a Jedi Master:

And Remember: The Dark Side can only exist as long as you believe The Force is not with you, within you, ONE with you. Feel the Love within you, continue to feel it, and you will begin to be healed of the deepest wound a human being can have. The belief that Love is not always available for him, the belief that he is NOT ONE with the Force.